Our popular monthly program meetings often feature a jam-packed agenda. We like to keep our introductions short, so you can hear more from our panellists and less from us! It’s hard to do justice to the incredible wealth of experience these guests bring to the table, so we are offering you a preview with this short Q&A beforehand.

This month, we are honoured to be joined by not only acclaimed novelist Esi Edugyan, but also four (!) of her editors: Patrick Crean, John Sweet, Jane Warren, and Marie-Lynn Hammond. 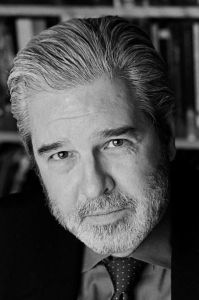 If you mean an entirely made-up place in fiction, then I would love to visit Alice in Wonderland! Oddly enough, I wouldn’t mind visiting Orwell’s 1984 (Orwell is an all-time fave of mine) as long as I didn’t get stuck there…. But if you mean real settings in fiction, I would want to visit the Alexandria in Lawrence Durrell’s Alexandria Quartet and/or the Morocco of Paul Bowles’s novel The Sheltering Sky.

Procrastinating? I can’t say I do a lot of that, but if I am having a tough start to an editing day, I’ll make another pot of coffee and clean up the kitchen before heading back to my manuscripts. A good way to reboot for me is to power walk five km around the Central Tech track near our house! Or I might do an aural tune-up by reading something by Chekhov or W.H. Auden or Elizabeth Bishop or J.D. Salinger or James Salter.

Eden. Paradise. The Peaceable Kingdom. I want to see the lion lie down with the lamb. And I want to lie down with them too, and with all the other animals. I want to go to a place where there’s no bloodshed, no killing, no suffering of any kind. All the creatures, including the humans, are herbivores, and everyone gets along, even the humans. And there’s no snow. It’s warm and sunny. In other words, it’s a cross between a vegan Buddhist commune, a Caribbean island, and a petting zoo.

Procrastinate? Who, me?! OK, fine. My favourite way involves signing online petitions for urgent causes and writing emails to politicians protesting the crap they do. Then, to bring my blood pressure back down, I go online and look at photos of the stunning Canadian horse, a.k.a. le cheval canadien—my favourite horse breed and Canada’s national horse. (Did you know we had one? And that it’s endangered?) Next, I share Facebook posts about cats and dogs who desperately need homes. Finally, I go play with my gang of unadoptable rescue cats. Procrastination mission accomplished.

I get back to work by reminding myself that since my cats are all unemployed slackers, it behooves at least one of us to earn money to pay for cat food and kitty litter!

I guess it would be to the first fictional world that totally consumed me: Charles Dickens’s London. But I’d want to be one of the better-off characters. Maybe the adult David Copperfield.

I draw up elaborate plans and charts that clearly demonstrate there is no pressing need to do anything today. How do I get back to work? A mug of strong Assam tea and a small bowl of Bridge Mixture.

Many of the most convincing fictional worlds aren’t places I would want to travel—Esi Edugyan’s Paris in 1940, for one—so I would have to say Florin, the setting of William Goldman’s (RIP) The Princess Bride. The film is a classic, but the book is one of my all-time favourites, particularly the framing device about the struggles of the semi-fictionalized William Goldman to abridge S. Morgenstern’s “classic tale of true love and high adventure.” And who wouldn’t go for a little true love and high adventure, especially these days?

Imagining which fictional world I would visit? Truthfully, it’s probably walking: I love to walk, and it always seems like a forgivable offence. Fortunately, I often think about the manuscript I’m editing while I walk, so by the time I get back to my desk, I’m usually inspired to get back to work.

More about our speakers

PATRICK CREAN has been in the book publishing business for 48 years. He began his career in 1971 when he joined McClelland & Stewart as a junior editor. Over the years, he has edited fiction and non-fiction at General Publishing, Somerville House, Key Porter, Thomas Allen (where he was the publisher for 12 years), and currently with his own imprint at HarperCollins Canada. He has worked with some of Canada’s most celebrated authors, including Esi Edugyan, Austin Clarke, Barbara Gowdy, Zsuzsi Gartner, Susan Swan, Greg Hollingshead, and David Gilmour, among many others. His authors have won three Giller Prizes (including one for Esi Edugyan’s Washington Black), three Governor General Awards, and have garnered two nominations for the Man Booker Prize. In 2003, Patrick was awarded the Editor of the Year Libris Award by the Canadian Booksellers Association. Since 2012, he has taught courses in Book Publishing at Ryerson University. He has been part of the professional outreach and mentorship program (Quadrangle Society) at Massey College, University of Toronto, since 2004.

MARIE-LYNN HAMMOND is a singer-songwriter, editor, writer, and former CBC radio broadcaster. After 20 years of working in the arts, she decided she wanted to get really rich and became an editor. Finally, she could tell people that, yes, her English degree was, in fact, useful. Since then, she’s proofread and edited everything from recipes to novels to UN reports. In 2010, she copy edited Half-Blood Blues. She lives in Cobourg, Ontario, where she saves cats, rides horses, and occasionally performs in hopes of selling the 582 CDs of her music that remain in her basement.

JOHN SWEET began his publishing career in 1988, at Penguin Books in London. He became a copy editor in 1991, when Penguin still had an in-house department called Ed2 comprising 18 full-time copy editors, so he was trained on the job, with a mentor. Since returning to Canada in 1995, he has worked as a freelancer for, among others, HarperCollins, Random House, Penguin, House of Anansi, Thomas Allen, Goose Lane, and Key Porter. When Esi thanked John in her Giller Prize speech in November, it was the first time his name had ever been spoken on national television. When not editing, he also writes and performs spoken word poetry and theatrical monologues.

JANE WARREN is an editor with more than 15 years of experience in book publishing, specializing in literary fiction, commercial fiction, and memoir. She has worked as a literary scout in New York City, a literary agent with Anne McDermid & Associates, an editor at Key Porter Books, and an editor at HarperCollins Canada. She has worked with national and international bestselling authors, including Esi Edugyan, Helen Humphreys, Ayelet Tsabari, Dave Bidini, Megan Coles, and George Elliott Clarke. Books she has edited have won or been nominated for the Giller Prize, the Governor General’s Award, the Amazon First Novel Award, and the Writers’ Trust Fiction Prize, among others.