A career as an editor is often a solo adventure, especially if you’re a freelancer. So we thought one way to better connect with fellow editors was to ask them the W5: who, what, where, when, and why. Read on for some thought-provoking, enlightening tidbits from those of us who choose to work with words to earn our keep.

Please tell us a little about yourself, Marnie, the kind of work you do, and how long you’ve been an editor.

My first paid editing job was at the, then named, Department of Indian Affairs and Northern Development, in Hull, Quebec. I was hired during the summer when I was doing my master’s degree in English literature. (I won’t tell you how many years ago that was!) The job was quite a coup for a student, considering that most of my classmates stacked books at Chapters or worked as teaching assistants in mandatory English courses for unruly engineering students.

After I graduated, I left Indian Affairs and pursued other goals over the next few years (including a second master’s degree, this one a combined creative writing and English literature program). I then worked for a year as an editor for a professor at the University of Ottawa before moving to Toronto. I freelanced for a few months and then landed a position as a catalogue editor for an advertising agency that produced all of Sears’s advertising. I remained in that job over five years before making one of the best decisions of my life in September 2009, when I left the agency to start my own freelance editing business, Ewe Editorial Services.

Since then, I’ve completed a Publishing certificate at Ryerson University and watched my business blossom. I work mainly in book publishing, with scholarly, educational, and trade publishers. My specialties are permissions research, indexing, copy editing, and proofreading. Like most other freelancers, I love the variety and the freedom that comes with being my own boss.

Outside of editing, I have many hobbies and not enough time to pursue them! My passion is writing fiction. Several of my short stories have been published in Canadian literary journals. My first book, a preteen/teen novel named The History of Hilary Hambrushina, has just been published by Iguana Books, the publishing company of Editors Canada past president Greg Ioannou. 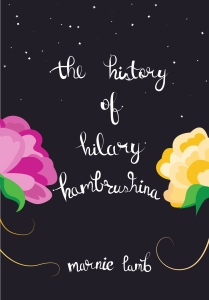 Part of me wants to say William Faulkner because I’d love to tighten up his flowery style. But doing so would destroy his unique voice, which is definitely not what a good editor does, especially an editor who’s also a writer. So I think I’d most like to edit the novels of a favourite author because then I could be paid to read work I adore. I have so many favourite authors that choosing one is hard. But if pressed, I would pick J.R.R. Tolkien. The Lord of the Rings is one of my top ten favourite books; and, because it’s so long, I would probably be paid well to edit it (that’s assuming I’m paid an hourly rate!).

As an editor, I tend to like the em dash. It’s a tidy way of setting off tangential thoughts in long, twisty sentences in which an abundance of commas can induce brain freeze. I don’t have a favourite word to use as an editor. Actually, I think having a favourite word can be dangerous for us, as the tendency to overuse the word is tempting. I do have an unfavourite word, though: impact.  I know that using it as a verb to mean “affect” is now acceptable, but this use makes me grind my teeth. I guess the idea that impact doesn’t mean “affect” when used as a verb was drummed into me, and I can’t undrum it. Plus, some writers really overuse impact in this way. Say influence every once in a while!

As a writer, I like the ellipsis. I use ellipses sparingly in my writing, but I’ve always thought of myself as an ellipsis. Unfinished, leaving more to the imagination, trailing off into mystery… My favourite writer word is bupkes. It’s a delightfully silly word. The buh and the puh followed by the kuh is so funny to me! I’m also partial to auriferous, because of its glittery and tinkly connotations. Interestingly, I’ve never used either of these words in a story. I’m waiting for the perfect time.

I’m tempted to say a cabin beside a beach in the South Pacific; but, if that actually happened, I’d be so distracted by the beach that I wouldn’t be able to work. Maybe I could work in my home office, where I’m comfortable and (usually) focused, and then be teleported to the beach at the end of the workday?

Happily, no. I love reading and I can’t stand spelling or grammatical errors or stylistic infelicities such as buzzwords or convoluted phrasing. So editing is the perfect job for me (see also my response to your next query). I have definitely questioned taking on certain in-house jobs or freelance projects, but that’s another story.

I was an unpaid amateur for many years before I became a paid professional. Starting in my teen years, I began mentally editing texts from all kinds of sources, from newspaper articles to advertisements on the bus to the written lyrics of hymns at church. Editing definitely chose me by offering itself as a healthy outlet for my zeal for organization and precision. And what bibliophile could resist the opportunity to be paid to read all day?

In the summer after I graduated with my undergraduate degree and my brother earned his high school diploma, my parents took us on a family vacation to England. As an English major, I had to see Stratford-upon-Avon. After visiting Shakespeare’s birthplace and the houses and gardens of various relatives of his, we wandered into a gift shop. There, we saw scrolls giving the coat of arms, motto, and history of various good English family names. We decided to purchase a Lamb scroll as a keepsake. I don’t remember the Latin words of the motto, but I’ve never forgotten the English: “The palm, but not without wrestling for it.” This I take to mean that Lambs can attain glory, but we must work our woolly bums off to do so. I’ve always thought that an apt motto for me, as I have a religious (some would say pathological) work ethic. But I think the motto can apply to all freelance editors. Running your own business isn’t the easiest way to make a living, and we all work very hard for our gains.

Jennifer D. Foster is a Toronto-based freelance editor and writer, specializing in book and custom publishing, magazines, and marketing and communications. She is also chair of Editors Toronto and administrative director of the Rowers Reading Series.

This article was copy edited by Joe Cottercio-Milligan.