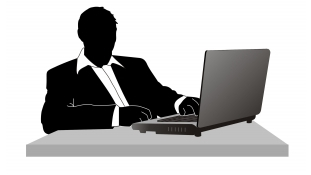 Fact checking is an ongoing process, and there’s no wrong time to start asking why that Macy’s dress went from red to blue, or since when did the space race take place in the ‘70s? While checking facts can be considered an art form—based on the powers of observation, curiosity, and listening to that pesky voice of doubt—it is the practical act of catching statements where something either sounds wrong or just catches our attention and makes us wonder, “Is that true?”

Imagine this—on intuition, a Macleans fact checker decided to phone a couple described in an article as “both blind.” As it turned out, the wife initially thought the reporter calling from the magazine was trying to sell a subscription, so she told him that she and her husband were both blind—a “fact” that made its way into the article.

This was one of many anecdotes on the subject of fact checking from Fred Betterman, a seasoned Toronto-based copy editor and lecturer at George Brown College. He impresses upon his students the importance and scale of fact checking—from catching cowboys wearing wristwatches to Nanna’s name changing from Jo to Joanne to Joey. There are dates to be concerned with, consistency in plot, how clients are referred to, among many other examples. Neither fiction nor non-fiction is immune to such gaffes.

Kelly Stern, Project Manager at K-Star Services and Clarity Content Services, defends the often author-ruffling task of fact checking in her George Brown College course on substantive editing. On the editorial timeline, she’d be the first to agree with Betterman that fact checking is an ongoing process in which project managers, copy editors, and proofreaders should all be vigilant. But it’s an editorial service that starts first with the authors, who, based on their subject-matter expertise, should be consulted on the resource, pace, and scope of facts to be checked.

“Editors just eyeball facts.” That’s John Crudele’s take on fact checking, and while it may sound overly succinct, he has experience to back up the claim. Crudele is a regular financial columnist with the New York Post, but while writing for New York Magazine, his financial column, “The Bottom Line,” was out of place in a publication that dealt more with the New York scene, fashion, and the like. The editors didn’t know much about money. “I had to put basic facts in the column—like bond prices go down when interest rates go up. I couldn’t have someone checking facts like that because it would make me, and the magazine, look stupid with my sources.”

Sherry Amatenstein, relationship therapist and freelance journalist, feels some of that same fact-checking frustration. When writing an article for Cosmopolitan magazine, her editor and fact checker regularly changed quoted material to make it grammatically correct. Unfortunately, those corrections altered the meaning and fact became fiction.

Such fact-checking crossfire is not uncommon. Authors and editors clash over what can be perceived as nitpicking, but because the responsibility is far-reaching and ongoing, ownership over multiple disciplines can be frictional. But every question, red flag, inquiry, and extra call is a risk worth taking to support writing without intentional or unintentional deception.

Editors and authors are two weights on the same barbell—and what holds them together is the content. But if the content is weak due to factual errors, then the weights sag into poor quality performance. And so the balancing act of fact checking is a necessary evil that couples constant questioning with trust, all for the benefit of readers—our literary weightlifters.

This article was copy edited by Karen Kemlo.