You can find professional networking anywhere—even during speed dating

December 24, 2014 9:30 am / 1 Comment on You can find professional networking anywhere—even during speed dating 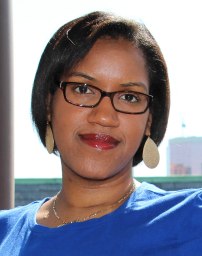 I was once an unbeliever. I placed little stock in the powers of networking, until one night when I went looking for a romantic connection and found a business connection instead.

A few years ago, I was in the middle of graduate school studying journalism. J-school, as students fondly refer to it, left me little time for romantic pursuits. So when my mother suggested Catholic speed dating, I metaphorically rolled my eyes but went anyway. Armed with an I-can’t-believe-I’m-doing-this attitude, I walked into the Newman Centre, a Catholic-student hub and long-standing example of Romanesque Revival architecture in downtown Toronto.

As I sat in the dark and charming Oak Room built in the late 1800s, the floor creaked under the weight of the young men swapping seats. They took turns at getting to know the women in the prescribed three minutes or less. Then one particular gentleman sat in front of me. He was the cool, calm complement to my chatterbox persona. I was excited that like me, he was a journalism student. When our time was up, I knew I would check the “yes” box for him on my speed date sheet.

I eagerly waited at least two days for our Catholic matchmakers to email me the results of the speed date. After the first 24 hours, I gave into slight despair, thinking I was unmatchable. But I ended up matched with five guys. I didn’t have the guts to contact any of them. Only one reached out to me: the journalist.

We kept in touch and saw each other now and again. But what we lacked in romance, we more than made up for in our networking abilities. And when I say “we” in reference to excellent networking skills, I mean him more than me.